What Windrush Means to Me

Exploring the concept of ‘the Windrush generation’ this project, funded by Near Neighbours as part of their Windrush Day Grant Scheme, focussed around the legacy of Caribbean culture in Newham. A celebration of those first Caribbean pioneers that answered Britain’s call for support after the Second World War and onwards.

As part of the Windrush celebrations 2021, we organised a series of creative, interactive workshops, aimed at engaging young people through soundscape, photo stories, poetry and performance.

With all the facilitators being Windrush descendants it helped the young people to connect with the journeys of the Windrush pioneers and for the cultural legacy to come alive. The results of these workshop sessions can be seen here: 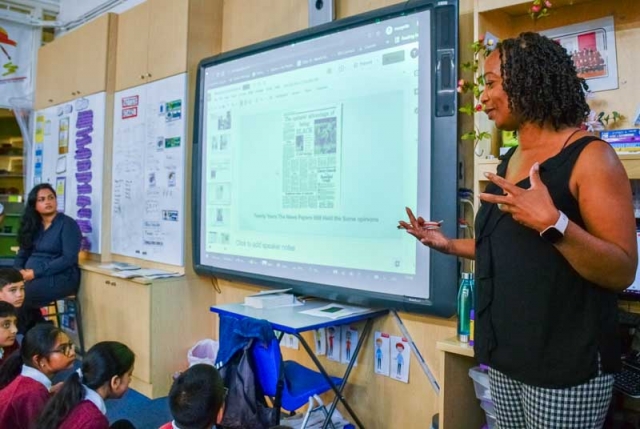 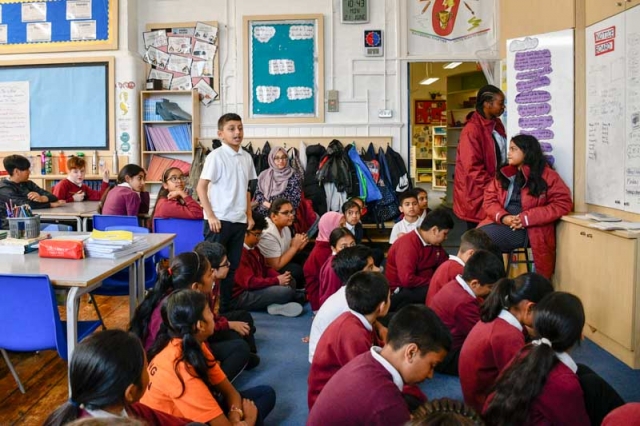 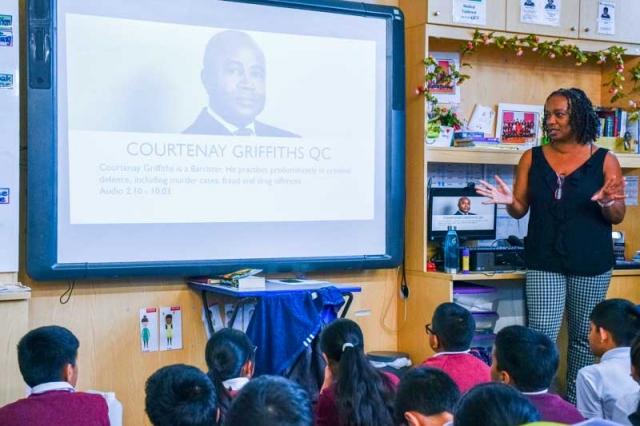 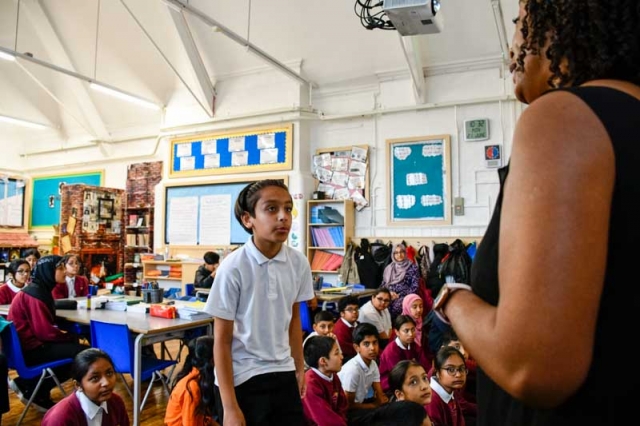 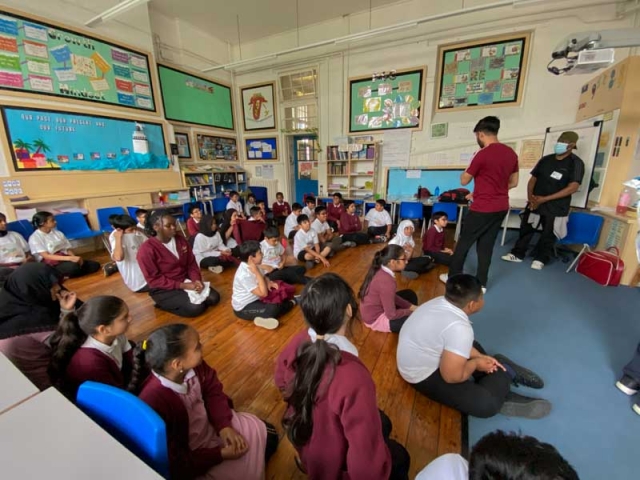 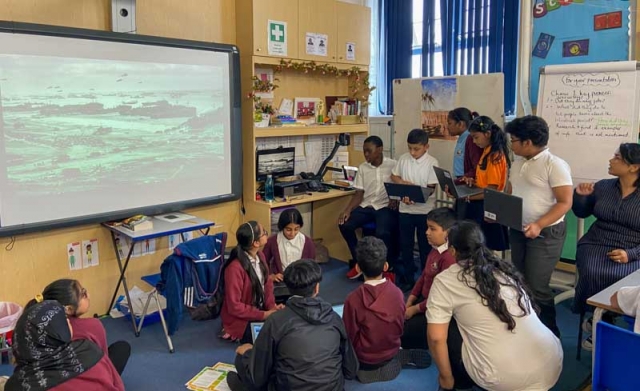 The young people also looked at newspaper articles that showed the harsh realities of Caribbean people on their arrival to Britain; and some of the prejudice which was experienced. Finally, the young people were able to hear an exclusive audio story about a pioneer who had arrived in Britain and the difficulties that they had faced. This story was performed in the Newham Word festival by Paula in the following week. 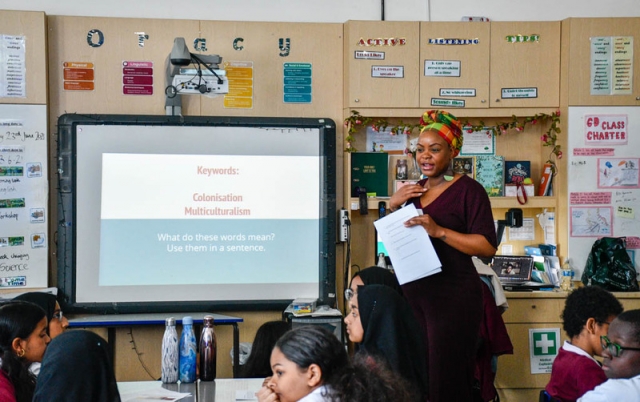 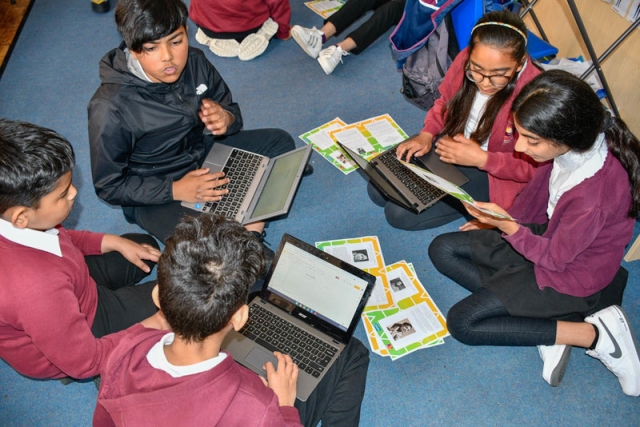 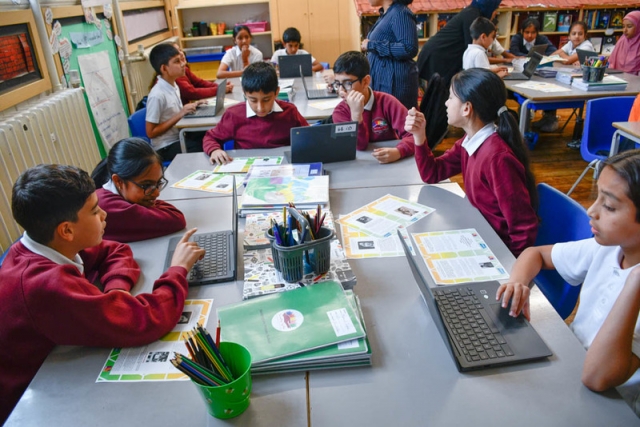 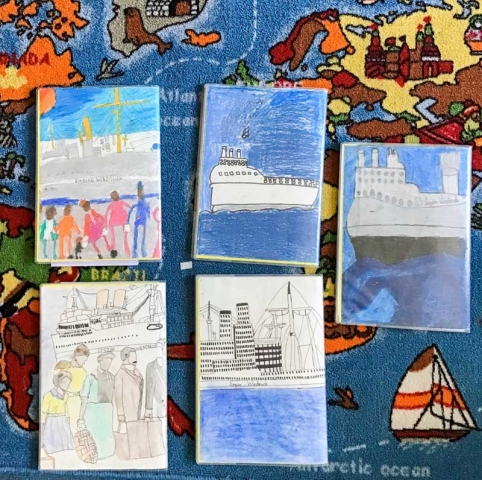 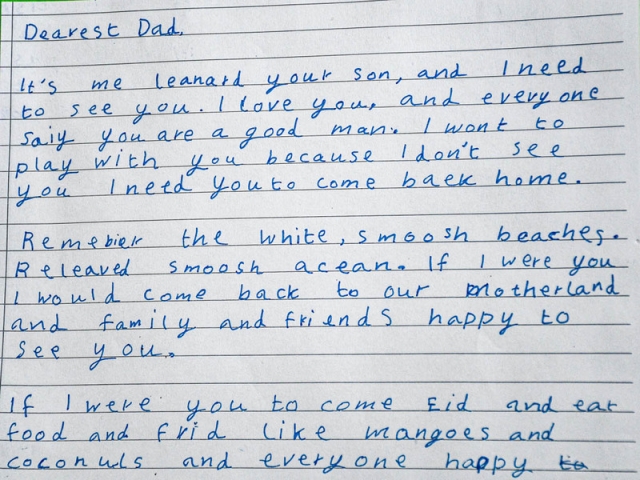 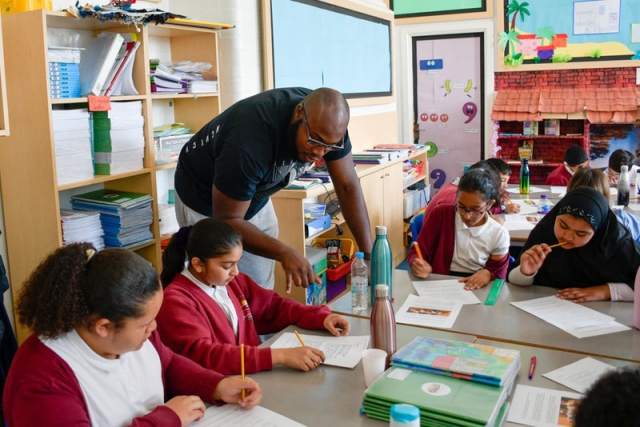 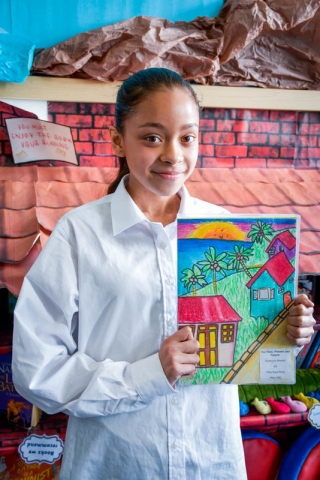 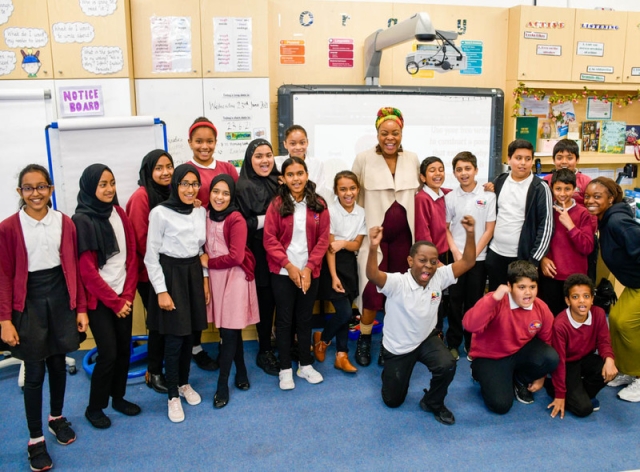 Curmiah Lisette; poet, performer & educator ran a workshop for young people to create their own spoken word / free-form poetry about what they have learned about Windrush; and how pioneers felt about it. During this workshop, young people learnt about Windrush day; how Caribbean migrants filled the labour shortage and their contributions to British culture. The young people were also given an introduction to “The Mangrove Nine” plus the birth of the Notting Hill Carnival. The children were then involved in an interactive poem written by Curmiah Lisette herself called “Rush Dem”; and introduced to Louise Bennett aka Miss Lou, a highly regarded poet, folklorist & writer from Jamaica.

JazzCotech dancers Perry and Tony delivered an inspirational workshop looking in to the historical influences of Caribbean music in the UK. They gave a wonderful insight to all the different types on music genres and the children enjoyed learning some basic dance moves to a variety of music. The room was filled with laughter. 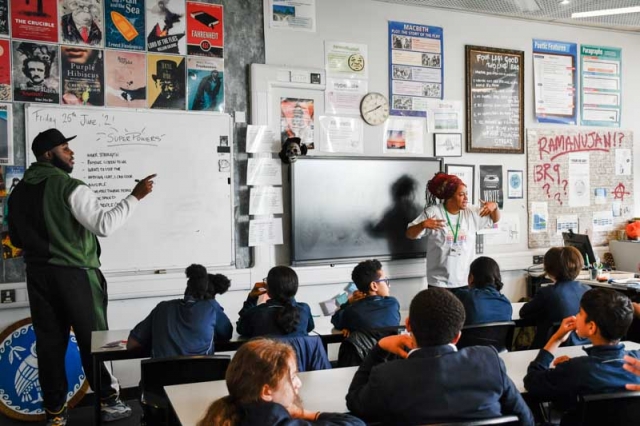 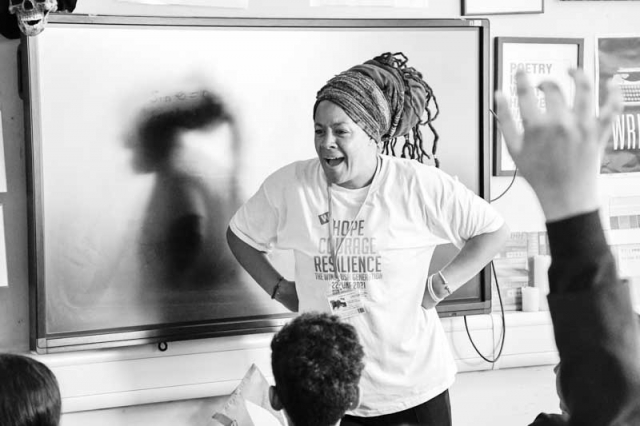 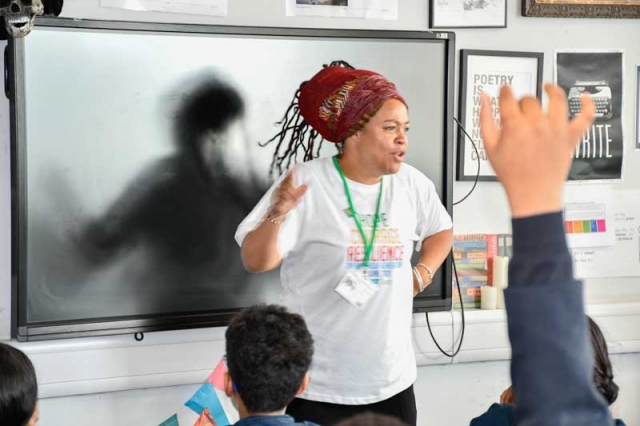 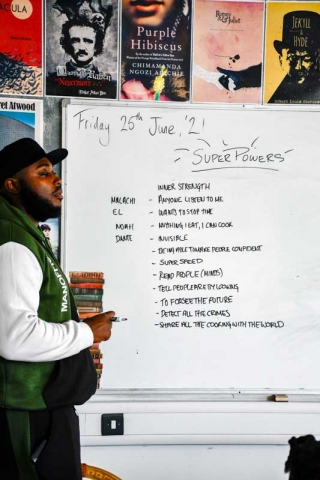 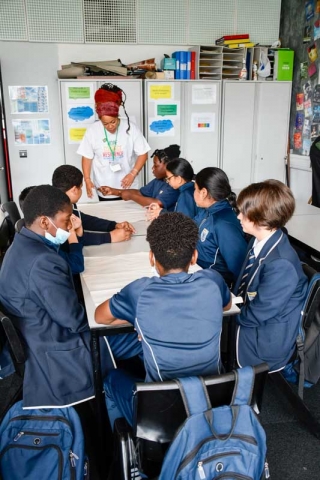 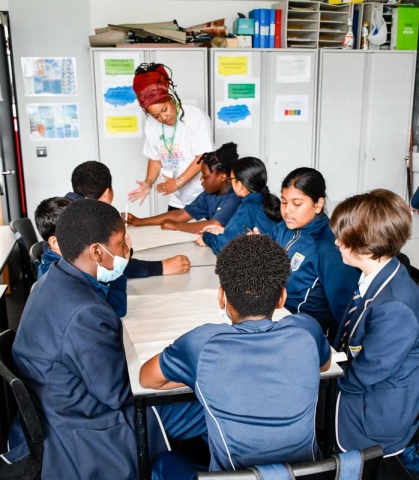 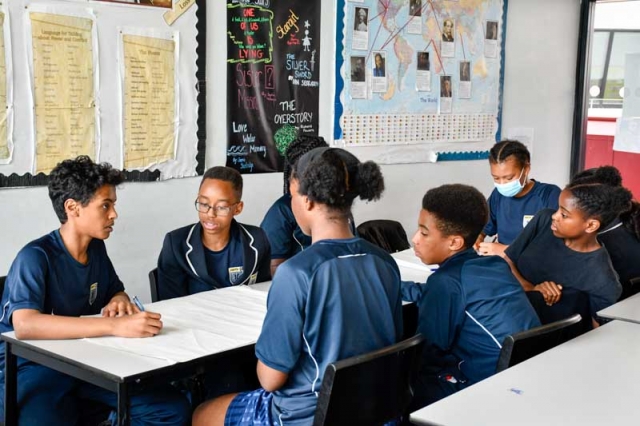 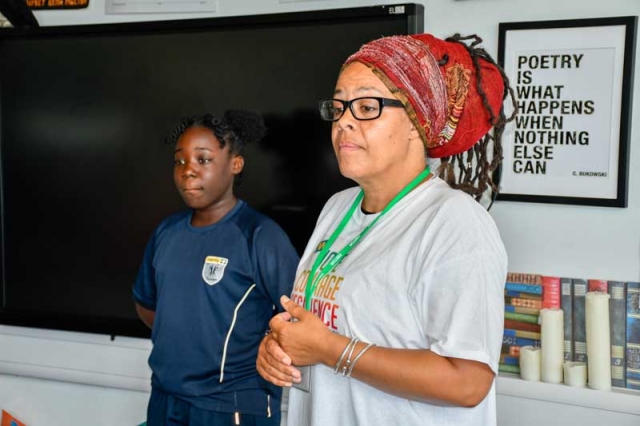 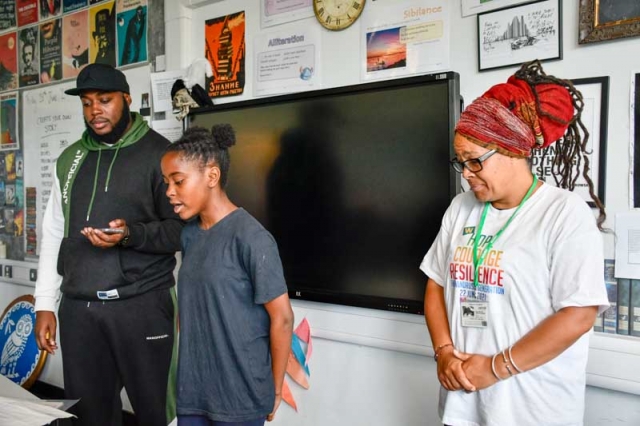 Tonia Wilson is a writer & spoken word artist who devised an amazing workshop for pupils at Chobham Academy secondary school. The objective of the session was to create a letter to the Windrush generation. This letter would be a thank you, a tribute to their courage & resilience; also in this letter the young people were to explain what the world is like now since their arrival.

During the workshop, the young people worked in groups discussing feelings & thoughts of those who arrived from the Empire Windrush. They also heard an extract from Tonia’s private work about her father who is of the Windrush Generation. The story gave insight to how the mass migration from the Caribbean shaped future families in the UK and reoccurring dreams that followed of their distant home.

The feedback from students & from Matt was overwhelmingly positive… We’d be happy to be involved in any future projects.

Thank you Pierre! It was really great to have you all here and the kids loved the sessions. Much appreciated & hopefully we’ll link up with you again in the future.

This website uses cookies to improve your experience while you navigate through the website. Out of these, the cookies that are categorized as necessary are stored on your browser as they are essential for the working of basic functionalities of the website. We also use third-party cookies that help us analyze and understand how you use this website. These cookies will be stored in your browser only with your consent. You also have the option to opt-out of these cookies. But opting out of some of these cookies may affect your browsing experience.
Necessary Always Enabled
Necessary cookies are absolutely essential for the website to function properly. These cookies ensure basic functionalities and security features of the website, anonymously.
Functional
Functional cookies help to perform certain functionalities like sharing the content of the website on social media platforms, collect feedbacks, and other third-party features.
Performance
Performance cookies are used to understand and analyze the key performance indexes of the website which helps in delivering a better user experience for the visitors.
Analytics
Analytical cookies are used to understand how visitors interact with the website. These cookies help provide information on metrics the number of visitors, bounce rate, traffic source, etc.
Advertisement
Advertisement cookies are used to provide visitors with relevant ads and marketing campaigns. These cookies track visitors across websites and collect information to provide customized ads.
Others
Other uncategorized cookies are those that are being analyzed and have not been classified into a category as yet.
SAVE & ACCEPT